The women were first up, playing in the fabulous but somewhat surreal setting of a handball court in the middle of Manchester’s National Cycling Centre while cyclists sped around the velodrome track around us.  An early hat-trick of goals from captain Sandra Christke, together with two diving penalty saves from goalkeeper Andrea King, helped the Vikings build a good 9-6 half-time lead.

But it was very much a game of two halves, with Manchester coming back out the stronger.  Six goals without reply saw the home team grab hold of the match, as the Vikings struggled to get going after the break, seemingly frustrated by the venue’s restrictions on using handball ‘tacky’ on their court and a change of match ball at half-time.  Despite growing tiredness from the lack of any substitutes, Newcastle fought back in typical fashion as two quick goals from left-half Judy Turulska raised Viking spirits of getting something from the game.  But as the Vikings pushed for more, Manchester broke away to score again in the last minute and wrap up a 13-11 home win. 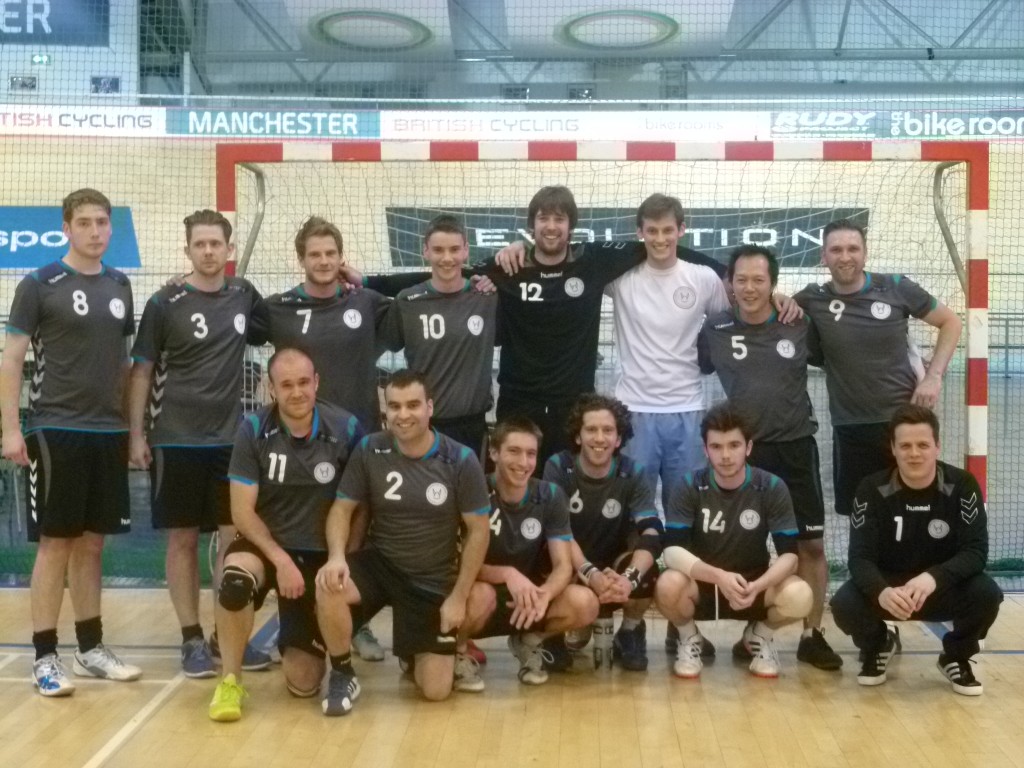 Newcastle’s men’s team then took up the battle, determined to make amends for a 29-17 defeat at Liverpool in their opening match of the season.  Clearly starting to play more as a team and benefiting from having practiced several new mesmerising training court moves, the Vikings had a fresh positive vibe with both Dawid Miozga and winger Simon Heintz notching up first-half hat-tricks.  But as the two teams traded goals it was the home side who held a 12-10 lead come half-time.

This time it was the Vikings who came out the stronger in the second half, playing some great handball to build a 20-15 advantage with nearly 10 minutes of the match still to go, Miozga claiming a further five goals and Heintz another four.  But as Manchester fought back, little mistakes and frustrations started to affect Newcastle’s game.  It was an agonisingly frantic last few minutes as the Vikings men saw what would have been much-deserved first league victory ultimately stolen from their grasp as the home team scored their equaliser in the dying seconds, the match ending 20-20.  Picking up their first league point nevertheless felt scant consolation for the Vikings.