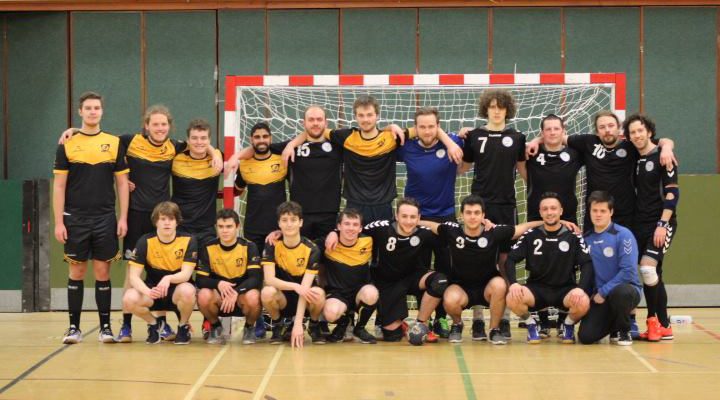 The Vikings ladies took the opportunity to give under-16 half-player Zoe Barber a first run-out in the senior side and club debuts to new back-court players Caroline Steinhagen and Ingvild Misund in a shortened 2 x 20-minutes match.  Line-player Maria Jose Gonzalez opened the scoring with her first goal for the club, soon followed by strikes from centre Steinhagen and winger Blessing Ogbee.  The university side pulled one back but two more from Gonzalez either side of one from half Maren Liane put Newcastle 6-1 up at the break.

Newcastle then ran away with it in the second half, scoring another 12 unanswered goals as York rarely troubled the Vikings’ solid defence.  Gonzalez and Steinhagen both took their personal tallies up to five apiece, Misund scored her first Newcastle goal, with winger Emily Bjerk scoring three on the break and Liane also netting two more late on as the Vikings rounded off a 18-1 victory.

The second-half was, however, much more one-sided as the Vikings ran away in dominant style.  Le Lay’s fourth was followed by one from guest women’s player Maren Liane.  Eng took his tally to seven with Ciurea and half Etienne Lisse also both scoring another three.  Swanson grabbed his second, while Fedi Boussema also found the net late on and Mobberley’s double rounded off a 33-13 win.